Quilt for a boy

It took me long but the quilt top is finally finished. 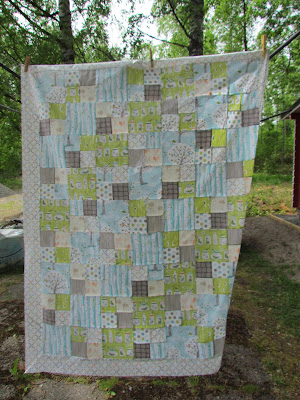 This will be big (120 x 150 cm) for our new grandson now but he can use it for years when he has grown a little first. I think he will like to look at the swing and the dog, find the different birds and all the little critters in jars and on leaves. 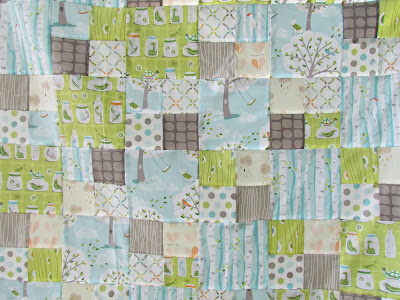 I'm organizing a Knit in Public event with our Villa Cooper club on the 9th of June, and it has kept me busy. We will be showing ways to knit for different charities, and I knitted this Apupupu bunny for the Finnish Red Cross as one example. These soft toys are added to deliveries of children's clothes sent to different parts of the world where help is needed after catastrophes. 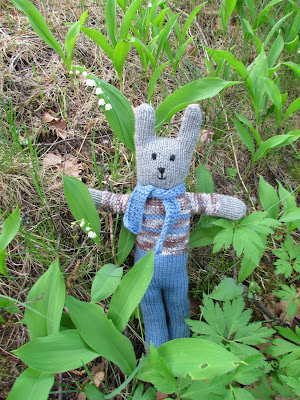 We will also auction crafty materials for mental health work, and have table for yarns and needles and such to bring and take for free. I just hope this warm weather we have had for weeks will also help us then to get many visitors and enable picnic style knitting in the lovely garden. A popup cafe will hopefully also attract visitors.

Last week Mr K. had brought in a big cardboard box when he was reorganizing our storage. I had a sneak peek to see what was in it. Ooh! It was unbelievably lovely, everything was like hand picked for my taste. I thought it was like a dream come true ... well, before I thought of where to put it all. 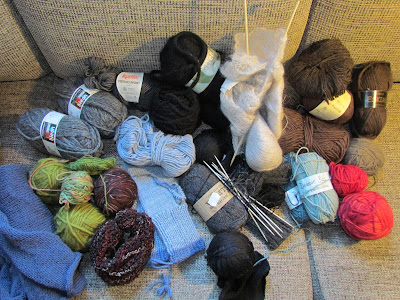 A few seconds later I understood this loot was what he had brought for me last Autumn when our daughter Kaija moved to Helsinki and told me she was sending me "some yarn and scraps for fabric" she didn't need. (The fabrics need another post.) As I had not seen the box on its arrival I had forgotten all about it, maybe because I had enough yarn to keep me busy. Now the treasure box really made my day!
You can see that she had some unfinished projects, with needles and patterns and the necessary yarn. 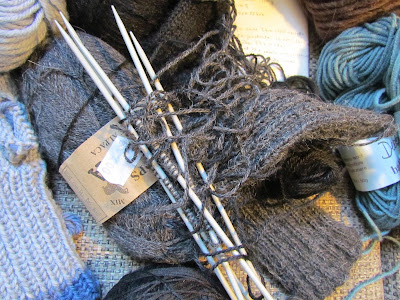 It took me about half an hour to knit the thumbs for the mittens: 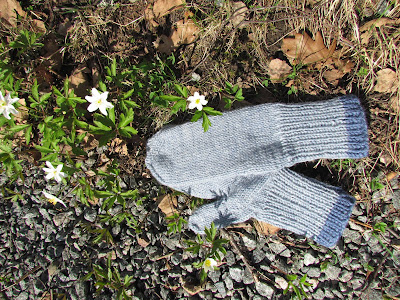 And two evenings, some trial and error, to make the second sock approximately the same size as the one she had finished. I needed to use smaller needles.The leg part was finished, I just knitted the foot in the darker yarn. Alpaca, lovely to knit. All the yarns in Kaija's box were really good quality. 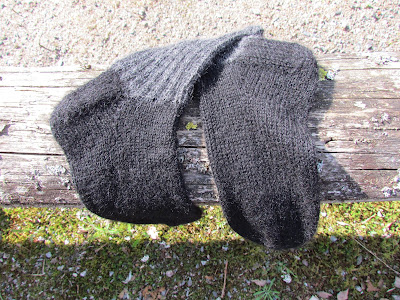 Finishing other people's UFOs can be very satisfying, as I don't have the experience of the problem that made them stay unfinished. The pale beige mohair lace scarf may be tricky, as Kaija told me there is an error somewhere. Finding and fixing it may be difficult, and unraveling that kind of yarn is no child's play! I did unravel two of her UFOs, a fingerless mitten crocheted so tightly that I have no chance to create the missing pair, this is the brownish curly skein on the left of the thumbless mittens, and a black circle crocheted to make a hat. There was a big ball of that yarn, so I can give it a try and make her a black beret. At the moment I'm knitting something with the red self striping yarn from the top photo.
This sock yarn I have knitted earlier is also self striping: 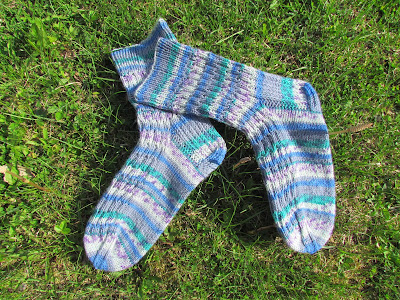 Suddenly we have Summer temperatures and I have planted the first summer flowers. 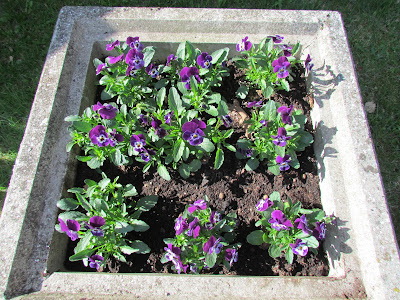