For the first time in years I have taken a challenge in order to use up my scraps. It is the Rainbow Scrap Challenge hosted by Angela at Soscrappy. This month's color is red, so I searched my 2½" box for reds and found seven sets of five squares. The whites were in the same box, so sewing the 9-patch blocks didn't take too long. 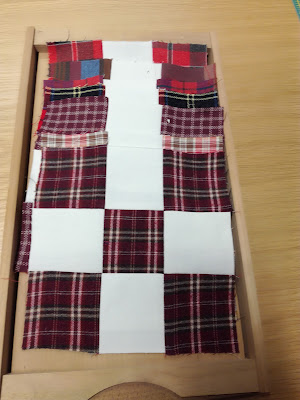 Here they are, waiting for the February color to be announced. 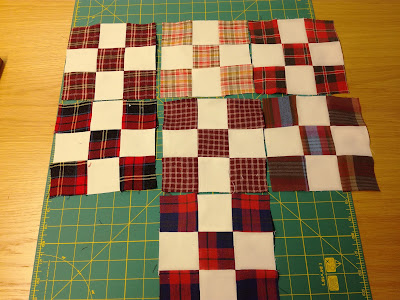 I think I mentioned my unlucky quilting of a Log Cabin quilt. Anyway, I had a backing that was too small, some machine quilting with serious bumps in the backing, and for once the energy to rip up the quilting that had gone so wrong. I added a row of squares for width and another for length, and so the backing was no longer too small. 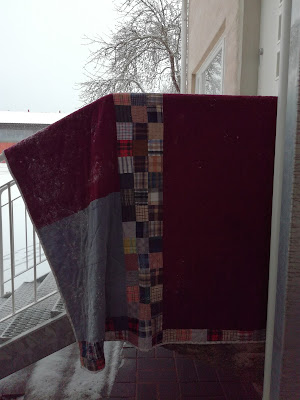 Ironing, careful layering and pinning, and I was bale to finish the machine quilting in just two sessions. 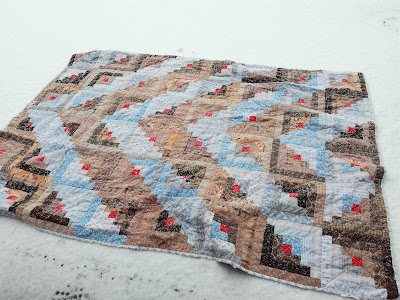 Happy end for this quilt top from 2017 and 2019!
My normal evening activity is knitting, and I have been using up rests yarns for small projects like these fingerless mittens in merino wool 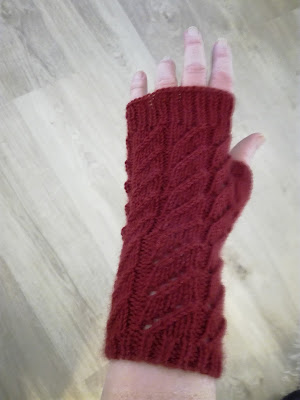 and the black ones in alpaca yarn. 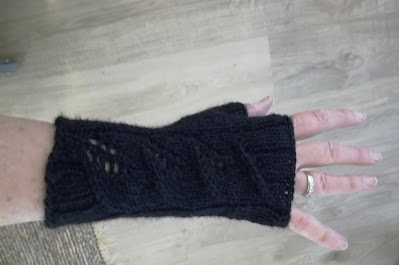 A new pair of socks is still on the needles, and I have knitted some simple mittens that went to use already with no time for photo sessions.
Posted by Ulla at 18:17 7 comments: