Lately, I have been knitting with black yarn. Like this: 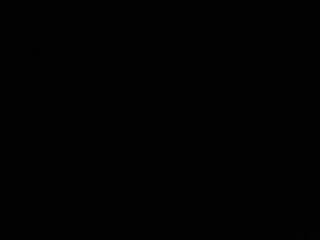 Eventually it became this: 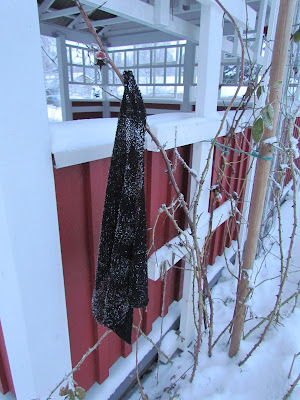 It may look like a big dishcloth, and would work well as one, because it is bamboo yarn, but it is my first attempt for a "knitted bandana" for my daughter. Garter stitch from corner to corner, very stretchy. She may use it later in the Spring, but now she will need wool. Like this, on the snow: 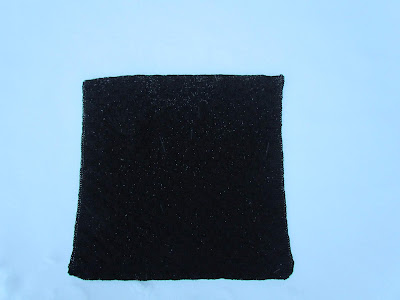 I found some lovely Merino wool, very fine, and knitted this reversible thing: 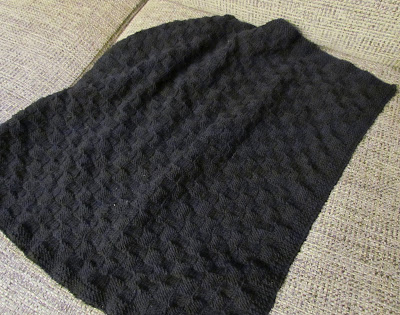 Yesterday was the coldest day of this Winter so far, -27C. The world is white! 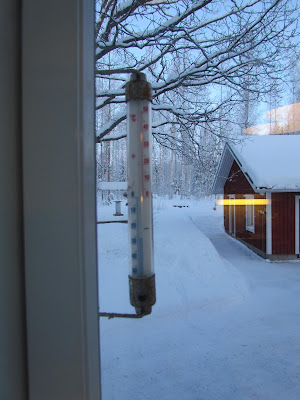 We have more snow than in a couple of years. 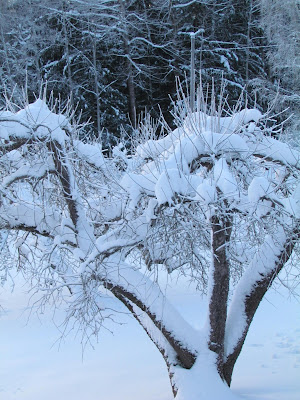 The rhododendrons look like they would prefer warmer weather! 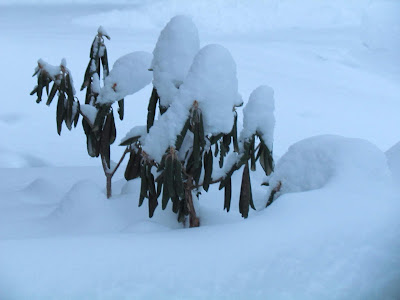 It was the morning of the beautiful big red moon eclipse, but I could only take a photo of the sunrise at 9. The sun rises before 9 and sets after 4 in the afternoon, and it feels like a big step towards the Spring! 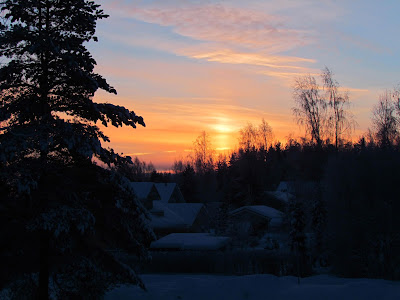 Hi again! A new year has begun but I'm showing you some pictures of my Christmas doings. This ice skating outfit was a gift for my sister's Unicef doll in Germany. One of my newest dolls is just acting as a model. 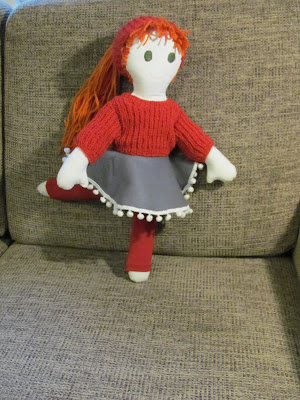 When I was just learning to stay upright on my hockey (!) skates, my big sister's skills were on a totally different level. She had figure skating style skates, and our mother made her a grey felt skirt with white pompom trimming and knitted her a red jumper and a matching beanie with an opening for her ponytail at the top. She (and her doll) has dark hair which looks so much better with red than this amateur model's red and orange. 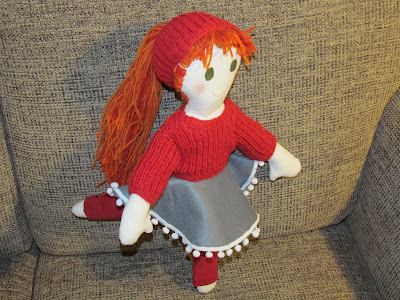 I can't remember what my sister was wearing under the skirt but could imagine red damasks as they were called back then when leggings or even pantyhoses were not yet invented. I never could skate properly and never got to wear this loveliness even after she had grown out of it. I liked skiing better, and I had a beautiful yellow and white jumper.

A year ago a new crafting fashion swept over Finland, and this year I could not resist the idea of making a little door for Santa's little tonttu elf. 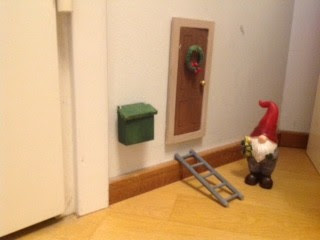 I thought the children would laugh at my idea, but to my big surprise our daughter was excited to see it and took a photo to show her friends that the doors and the tontut do exist. This was a kit from a hobby shop, I just painted it with my half dried out crafting paints. The wreath is crocheted on a seal ring from a juice jar. 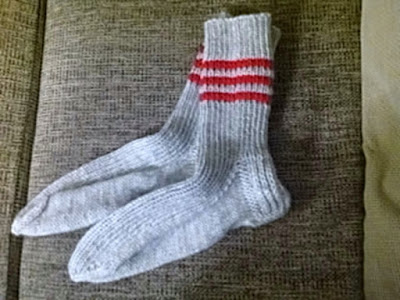 I hardly ever knit patterns with one yarn going behind the stitches, but in this one the loops are only one stitch long. This lot has been knitted after Christmas, when so many films were on TV. 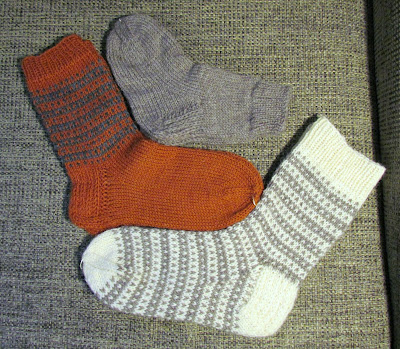 One of my favorite combinations, pale pink with grey. 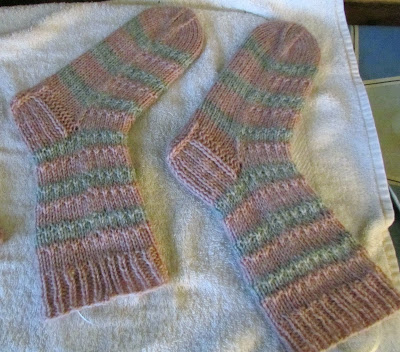 The remaining grey was enough to make basic stripes for this pair. 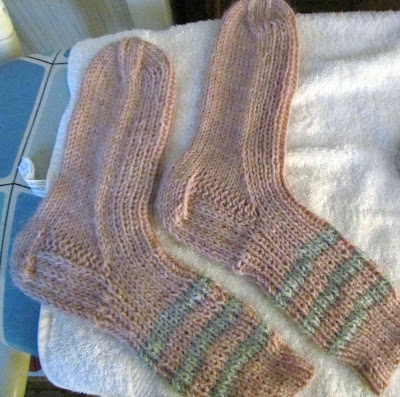 I'm not one of those people who make new year's resolutions and keep them or not, but I have started a project in my so called sewing room. I'm trying to make it more organized and while doing so, trying to let go of many of the things I really don't need/like/use any more. Nothing drastic, just something I could have done years ago. Today I tried to get something organized again, and after a while I found myself at the sewing machine busily working on a project I had intended to finish for Christmas. Maybe I ought to go back and take the next step in that project. It will also help to get some order there!
Posted by Ulla at 13:44 3 comments: