On Thursday I went for a short shopping tour to Helsinki on my own. I found almost all I needed, and a glimpse of sweet things I remember from years back. This is one of the shopping streets, Aleksanterinkatu, with the traditional lights and A letters. Even the Salvation Army's pot belongs right there, in front of the Stockmann department store. 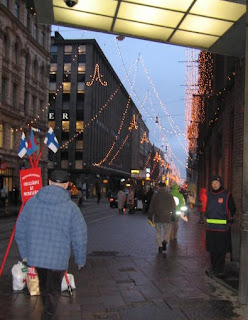 This is a new tradition, a Christmas market Tuomaan markkinat in the Esplanade park. 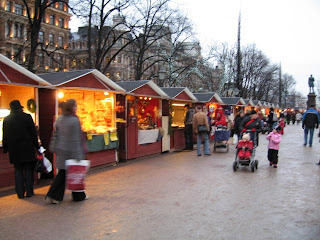 The statue of J L Runeberg, a famous Finnish poet. 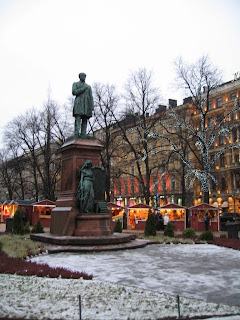 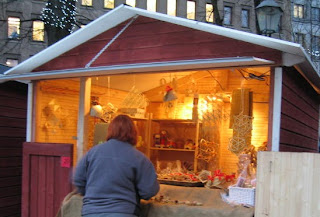 The Finnish elves are called tonttu and they look like this: 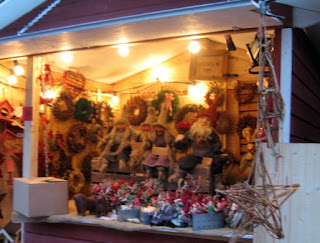 Every year since my early childhood I have seen the Christmas window of the Stockmann department store. There was one in Tampere too, where I grew up. The decoration was different every year, but always with lots and lots of details and moving figures. This time there were children ice skating with a snowman, and small forest animals preparing for Christmas. 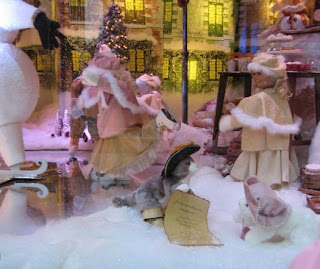 The snowman was making circles. 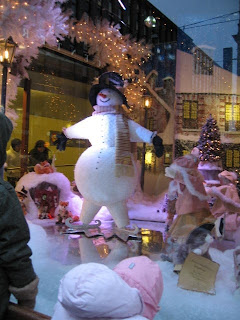 There is always a platform for the little ones so they can get closer and see all the details. 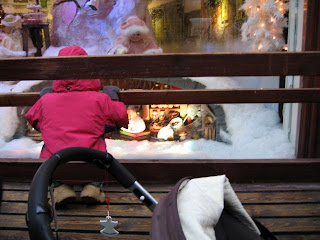 The mice were having a cosy time in their house under the snow. 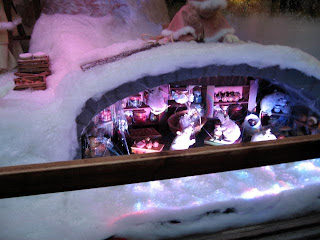 From the other window you could see the hare family. They had their little Christmas tree in front of the house. 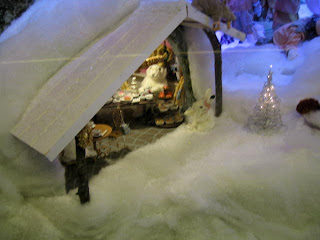 I wasn't the only grown-up remembering the windows from years back. Many mothers told their little ones what kind of windows they remembered from their childhood.

And now back to crafty business. I have been stitching along with Mikes, and now I have finished the Christmas stockings. The snowman figure is my own drawing, and the elf is a combination of Pip's two patterns - I wanted the owl and little bird to go with the boy elf. 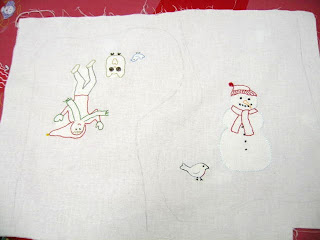 I added a Christmas babric to the top edge to make the stocking longer. When I was filling it, I realized that less would have been better! 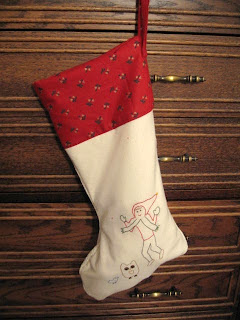 Here I started cutting along the stitching line so the snowman is a little further from the heel than I meant him to be. Both stockings will go to Turku with my daughter Kaija, who is at the moment visiting us for the weekend. 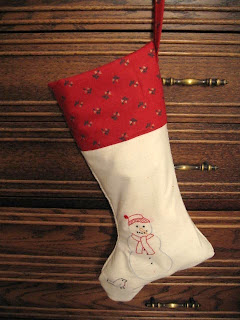 This was all for today. I hope you are not too stressed with your preparations. Take it easy!
Posted by Ulla at 21:24