The weather here is not yet warm enough for summer flowers, so I show you some of my nature photos instead (and because I don't have any quilting news!). Last weekend this baby squirrel was having a nap on a sunny branch of our oak, and wasn't disturbed by us going to the car just a few meters away. You can click the photos to see better. 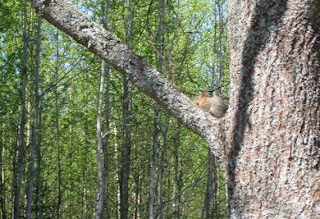 Remember our housing project? One reason for the new bird houses was this situation from last summer, when the fieldfare (Turdus pilaris) built its nest on the roof of the tit's (Parus major)house. 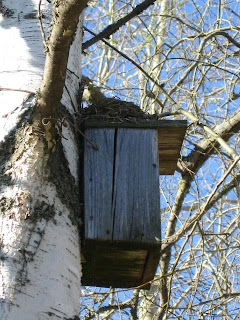 It was OK at the beginning, they didn't seem to disturb each other. But when the fieldfare's babies were waiting for food with their peaks wide open, the poor little tit parents reacted to the sight and fed the fieldfare babies instead of flying in their own house, where their own babies were waiting. Now we think we have either tits or flycatchers (Ficedula hypoleuca) in at least three or four houses.

The white narcissi are starting to open in the garden. They smell SO nice! 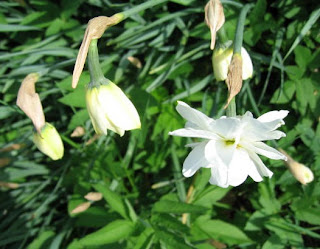 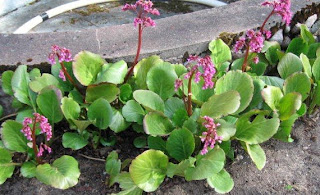 On Saturday we went to visit our daughter Kaija in Turku, just a day trip. It was very therapeutic for me at least to go to a BIG fabric store with her while the men were sent to have fun in bookstores - a choice of three! - and having ice cream. I bought flannel backing and a fabric for the sashings and binding of my star quilt. Pictures will be available later!
This is what I have been crocheting since I showed by last squares. I found a wool yarn treasure in my sewing room, so there will be lots more of these. 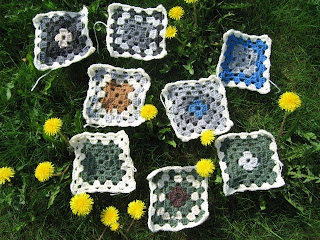