Where have all the colours gone?

This is my last Stitchers' Angels Swap project. Because I skipped doing the embroidery designed by Lynette Anderson, I had time and energy to make three scissor holders. The one at the bottom of the picture with the floral print on top went to my secret swap partner Aldana in Spain. The top one was for my sister Maija, to match the Angel bag I made for her, and the middle one I kept for later use. The swap was great fun! 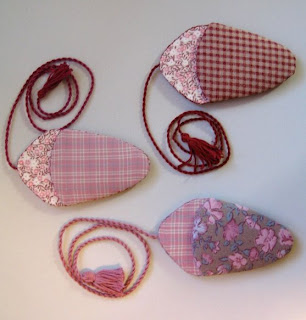 November is our darkest month, as there is less and less light every day and no snow yet on the ground to reflect the streetlights. This is the view I see from my kitchen window, not very encouraging, don't you think? 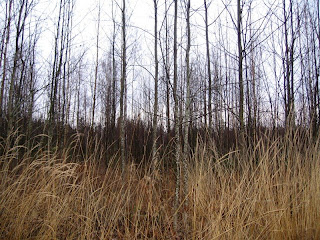 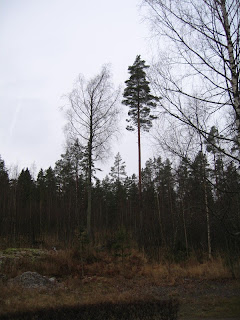 and on September 30th! I prefer life in colour. 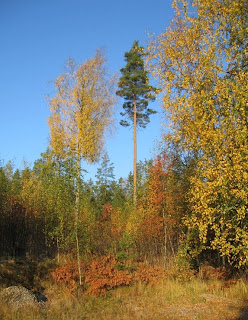 On Monday morning the temperature was already 4 degrees below freezing point. The last leaves were frozen to this heap, but they will eventually melt again to be mulched with the lawn mower and taken to the leaf compost. 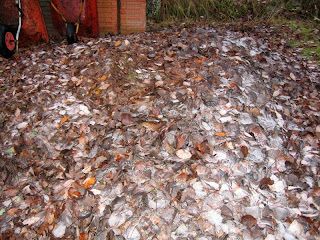 Now I'm going to tell you a story. It is a bit sad, so take your hankies! Once upon a time, about in September, there had been a hit and run accident on the road near our house and Mrs Squirrel had lost her life. Some days later we noticed three little brown squirrels jumping and playing around in the backyard. They were obviously orphan babies of Mrs Squirrel, because they were so small that you usually don't see them anywhere alone this small. (Like so often in animal world, the Mr Squirrel had continued life as a bachelor elsewhere.) There were lots of acorns, berries and mushrooms around, so everything seemed to be fine. One chilly morning, when I came back from my Nordic walk, I saw Arthur Squirrel sitting on the lawn, eating something and shivering. I thought he had found something tasty to eat because he didn't move when I walked past him. When DH came home for lunch, he told me there was a dead squirrel on the lawn. It was poor Arthur, right there where I had seen him shivering. The night must have been too cold for him, and perhaps he didn't have enough to eat, or not the right kind of food. Bernie and Charlie remained, they played together and found more and more acorns under our oak tree. But then one morning I found Bernie Squirrel laying with his legs stretched under a table in the garden. He had gone to be with his mother and brother, poor fellow. It was again after a cold night, so he had not been ready to face the Finnish autumn without parental care after all. But like in every good fairytale, the third brother was clever and learned to keep himself warm and to find his food. Yesterday I found Charlie's apple storaged tightly between two branches by the edge of the forest, right in the middle of the picture here: 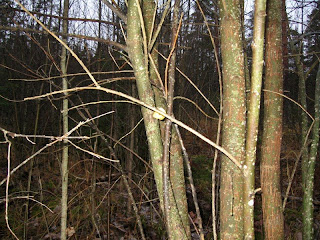 Soon we will start feeding the little winter birds like titmouse and bullfinch, and Charlie will take his fair share of the sunflower seeds. He will find shelter in an old birdhouse, where the woodpecker and some squirrels have enlarged the opening. He will keep warm and dry there, and I will try to take a picture of him to show he is allright.
In case the squirrel story made you sad, I will show a last picture of something different. This is my modest winter flower, Calluna heather, in fact three of them all planted in a small basket on our kitchen doorstep. I hope they will keep the colour all the way until the sun starts shining again. 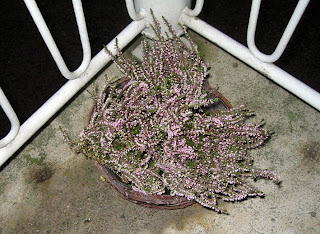